The client, a U.S. based hedge fund investing in both public and private markets, wanted the TresVista Team to analyze a publicly listed company and devise an approach to value the stock based on the company’s revenue growth potential. The client was concerned whether the valuation was justified as the stock price had risen significantly since the company’s IPO.

To create a valuation model for an online sports wagering company in the U.S. based on the company’s revenue growth potential and assist the client in making a sell/hold decision.

The major hurdle faced by the TresVista Team were: 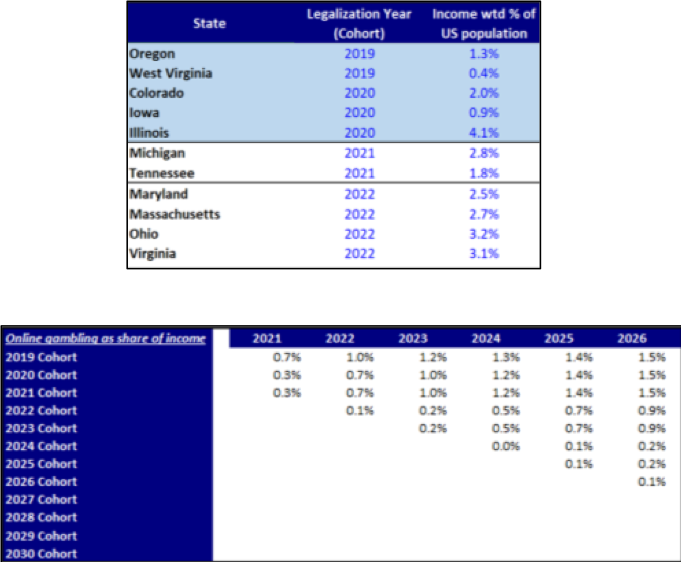