The client, a Private Equity firm wanted the TresVista team to build a transaction and operational model for the funding, rollout, and consolidation of a rural broadband network in the United States, which would showcase an in-depth view of the operations, capex requirements, free cash flow generation and exit returns for the various stakeholders. The client also wanted to evaluate different transaction structures, and have a model detailed and flexible enough to incorporate wide range of assumptions and minute details. The model was also to be used for the purposes of tracking the operations of the business during the first 24 months post-close.

To build an operational and transaction model for a rural broadband investment opportunity.

The major hurdle faced by the TresVista team was building out the model in a modular fashion, that allowed major changes to be made efficiently. This was because each deal was structured in a different manner, and there were a broad range of financing sources and terms on offer that the client needed to evaluate.

The TresVista team overcame this hurdle by ensuring that the work was carried on smoothly and developed a blueprint of the model. To avoid structural and technical errors, the team built the model in a piece meal manner and then integrated the pieces together once they were discussed, adjusted, and approved on the client’s end. Given the multiple rounds of iteration, the team documented every work and drafted client call note to have an idea about the remaining work for the next day. 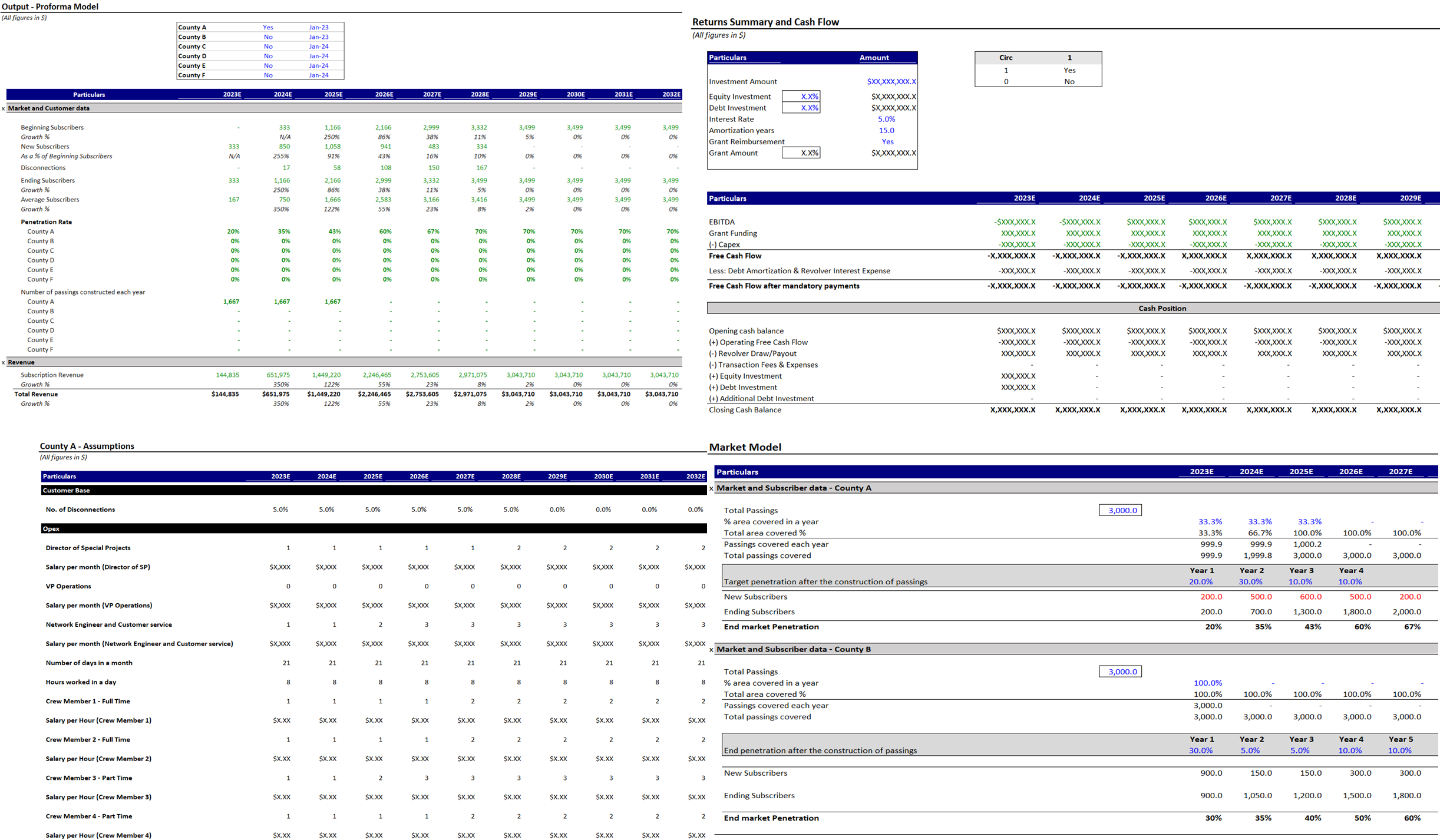 The TresVista team created dynamic models that can be used for transaction/deal execution and post-deal monitoring. Additionally, the team developed best practices through processes and documentation that enabled the client to be completely hands-off in all aspects of work.