To conduct extensive research on Guyana’s economic policies and O&G sector to present it as a rising Latin American economy.

The major hurdle faced by the TresVista team was limited data. Since the Guyanese economy is in the early stages of development, there were limited reliable sources that used similar reporting standards. Hence, it was difficult to compare Guyana with other economies on various parameters. 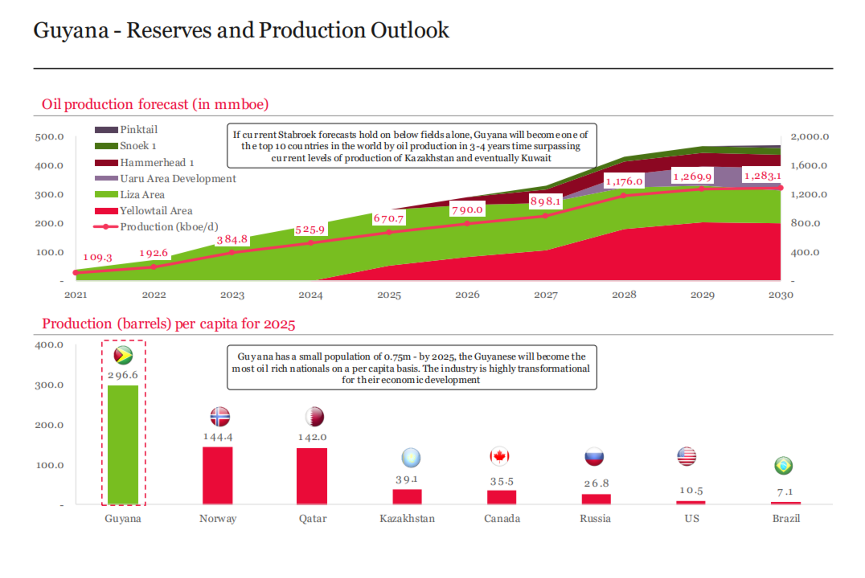 The TresVista team provided business indicator rankings to analyze Guyana as an investment destination and due to the wide scope of research, the team suggested metrics and parameters that can be used to accurately represent the country and the O&G sector outlook like oil production
forecast by asset and discoveries.