The client, an Asset Management firm, wanted the TresVista Team to build a custom financial model template that could generate KPI-based forecast models of all US publicly listed companies based on a ticker input and leverage financial KPIs from 2 data vendors – Capital IQ (CapIQ) and Visible Alpha (VA) into the unified financial model. The client also wanted the team to provide an option to end-users to change certain assumptions. They wanted TresVista Team to build a formula that could capture any changes that were not a part of the original template to understand how it would impact the consensus numbers.

To assist in exploring non-macro approaches for the dynamic model template and build excel functionalities to ensure a smoother flow of the financial model.

The team overcame these hurdles by changing the CapIQ default settings to pull “-” for a null value to ensure consistency with VA. Additionally, the team listed the types of changes the user could input and incorporated all cases to build a dynamic formula. 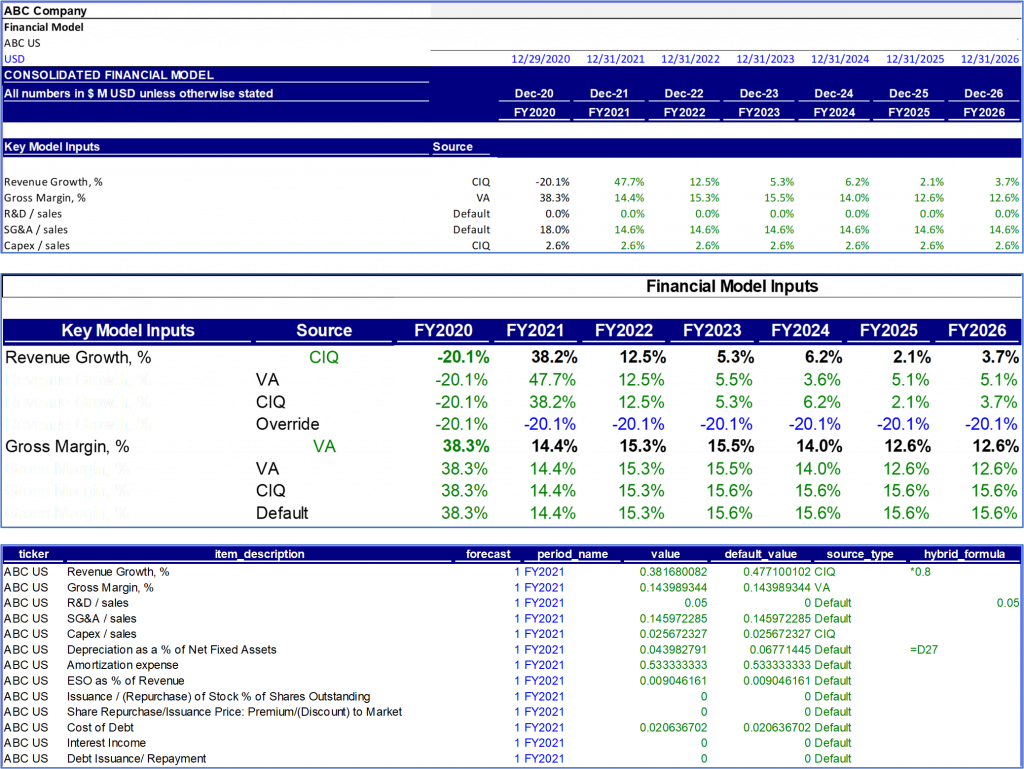 The TresVista Team assisted the client in building the custom financial model while adding various modules and making it dynamic. The model produced KPI-based forecasted financial statements based on the database estimates (Capital IQ and Visible Alpha) simply by changing the ticker name, thereby saving a lot of time and effort on the analysts’ end by avoiding duplication of work. The capturing changes made by the user aided the client by storing them as time-series data which could be used for further analysis.

How we helped a Construction Service Provider to m...